There lived in the city of Kuhram a Muslim saint, Bhikan Shah. On the morning of Gobind Rai’s (Later Guru Gobind Singh) birth, Bhikan Shah looked and bowed towards the east (towards Patna). His disciples asked why he bowed towards the east which was contrary to Muslim custom. He replied that there had just been born a spiritual and temporal king in the east who should establish true religion and destroy evil. Bhikan Shah set out for Patna along with his disciples to behold the young prince. When he reached Patna, the Muslim saint asked to have darshan (sight) of the newly-born child. When the infant was brought, Bhikan Shah bowed at the young prince’s feet. He placed before him two earthen vessels covered with muslin, one containing milk and the other with water. The child touched both the vessels. Upon this Bhikan Shah thanked them for the opportunity given to him to behold the child and then prepared to leave. He was asked what he meant by the two vessels. Bhikan Shah explained that one vessel was marked for the Hindus and the other for the Muslims. He wanted to know whether he would favor the Hindus or the Muslims. As the child touched both the vessels, it meant that he should abide by both the Hindus and the Muslims and he should include both of them in his religion.

Someone is Hindu and someone a Muslim, then someone is Shia, and someone a Sunni, but all the human beings, as a species, are recognized as one and the same.

The Pir further said that he was immensely impressed and pleased with this act of the Holy child. The Pir, his disciples and servants then returned to his home and remained a steadfast supporter of the Guru for his entire life.

First, Allah created the Light; then, by His Creative Power, He made all mortal beings.

From the One Light, the entire universe welled up. So who is good, and who is bad? ||1|| Sri Guru Granth Sahib ANG1349

Kabeer is the child of God, Allah, Raam. All the Gurus and prophets are mine. ||5|| Sri Guru Granth Sahib ANG 1349 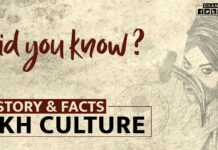 Did You Know : History and Facts of Sikhism 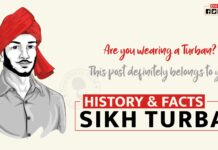 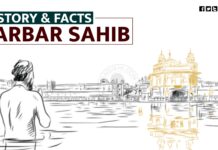