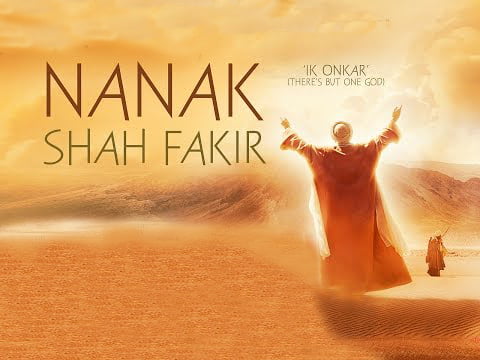 Guru Nanak Dev ji, knowing that his time to depart from earth was approaching, appointed Angad Dev ji(formely bhai Lehna ji) his successor. On September 2, 1539 (2 Asu, 1596 Asu vadi 5) Guru Nanak placed five Paise before Bhai Lehna and bowed to him in token of his succession to the Guruship. He placed the umbrella of Spiritual Sovereignty over Bhai Lehna’s head.

‘Divine Light is the same
The Way and Mode are the same
The Master has merely changed the body.’
(Translation of the above)

When Guruship was passed on to Guru Angad, sangat/people realized that Guru Nanak was soon to depart bodily from the world (As a Divine Light and Spirit, the Guru is always present). The Sikhs, the Hindus and the Muslims came from all over to have holy glimpse of Guru Nanak.

Guru’s Muslim devotees wanted to bury Guruji after his death. whereas the Hindu followers desired to cremate Gurujis body. When Guruji was asked for his decision, he replied, “Let the Hindus place flowers on my right and the Muslims on my left.
Those whose flowers are found fresh in the morning, may have the disposal rights of my body.”
The Guru drew a sheet over him. When the sheet was removed next morning, there was nothing, but the flowers on both sides were afresh. The light blended with Light and the spirit went back and merged with the Master Spirit.

The Hindus and the Muslims removed their respective flowers and cut the sheet into two. The
former cremated the sheet and the latter buried it.